How to Show Before and After Photos in WordPress

You need to use a plugin to display a before and after image. Two images will be used in this process. Your first image can be the before version and the second image can be the after version.

To show before and after photos in WordPress, you’ll need to follow these steps:

After following these steps, you will be able to display before and after photos that’ll look like as shown in this image below: 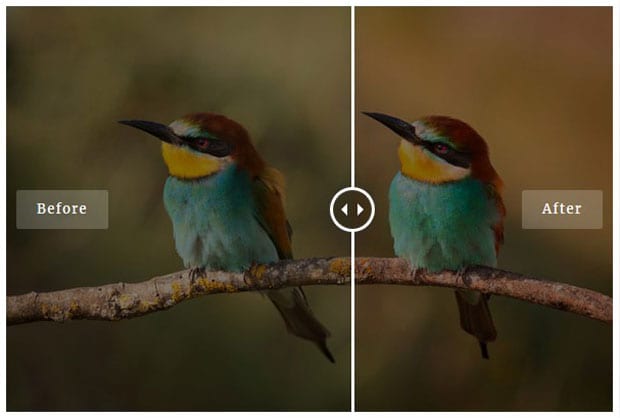 The first thing that you need to do is to install and activate TwentyTwenty WordPress plugin on your site.

If you want to learn about installation, then check out this guide on how to install a WordPress plugin.

Step 2: Create a New Post and Add Your Photos

Upon activating the plugin, you should go to Posts » Add New to add the images and the before-after viewer.

In the visual editor, you need to add both the photos where you want to display the before and after effect. Your visual editor will look like as shown in this image below: 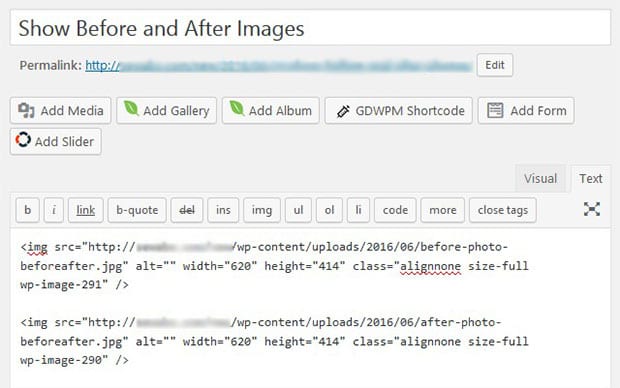 Now you need to add the shortcode. The TwentyTwenty tag will open before the first image and close after the second image.

See this image below with the example of adding plugin shortcode to before and after photos: 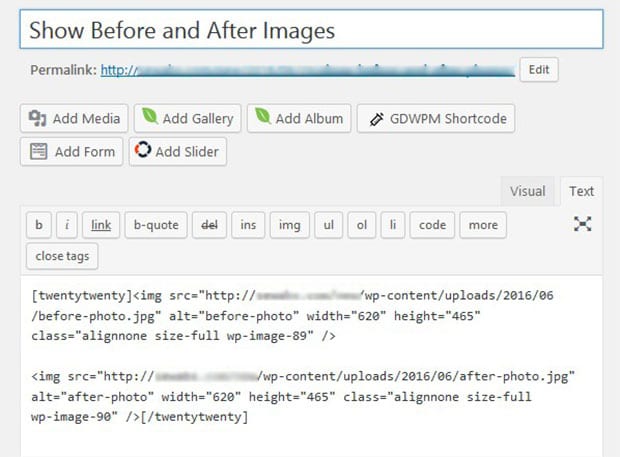 That’s all. You can visit this post on your site to see the functional before and after photos that’ll look like as shown in this image below:

We hope this tutorial has helped you to learn how to show before and after photos in WordPress. You may also want to check out our guide on how to create a classic image slider in WordPress and read about the best email marketing services for small business.

Does the TwentyTwenty plugin work inside a Soliloquy Slider?